Last Updated by Cheryl Jones on 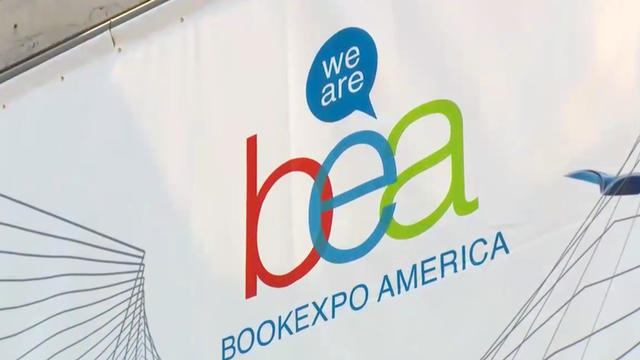 New York, May 26, 2015—A crew from Detroit Public Television (DPTV), a PBS Affiliate station, will travel to New York to cover two of the most important events in the book publishing business: BookExpo America and BookCon, starting Friday, May 29 through Sunday, May 31, thanks in part to support from the Wyncote Foundation.

PBS’ Book View Now will kick off the coverage on Friday, May 29 with a live stream of BookExpo America from 12 to 4 p.m. on www.BookViewNow.org. BookExpo America (BEA) is the leading book and author event for the North American publishing industry. BEA offers three event-packed days, 600-plus authors, hundreds of new titles, and more.

Book View Now’s focus will then shift to BookCon, with live webcasts on Saturday, May 30, from 12 to 4 p.m. and on Sunday, May 31, from 12 to 4 p.m., again available onwww.BookViewNow.org.  Coverage will be unique: guest authors will join as co-hosts in one-hour shifts to share their insights and interview their fellow authors. BookCon is an immersive experience that features panels, Q&A, autographing sessions, and interactive, forward thinking content marrying the published word with video, podcasts, and more.

Coverage will feature an on-air segment with Star Wars books from Disney, hosted by one of the Star Wars book authors, Tony DiTerlizzi, and featuring all of the Star Wars authors on the set. Other interviews will feature Margaret Stohl, bestselling author of the Beautiful Creatures series, Sarah Dessen,Richelle Mead (Vampire Academy), Gayle Forman (If I Stay),Melissa de la Cruz, Jenny Han, Lauren Oliver, Mo Willems (Knuffle Bunny Piegeon), and others.

Detroit Public Television (DPTV)-WTVS-TV is the non-commercial, viewer-supported PBS member station serving the nation's 11th largest television market, with 1.5 million weekly viewers in Southeast Michigan and 1.2 million weekly viewers across Canada. DPTV is a leader in programming related to health and the environment, public affairs, arts and culture and children. It is also a leading national producer and distributor of programming for Public Television, and winner of a 2012 Alfred I. DuPont-Columbia Award, as well as the only dual PBS licensee / entertainment label in the country, operating as DPTV Media.  For more information, visit www.dptv.org

About the Wyncote Foundation:

The Wyncote Foundation was founded in 2009 with funds from the Otto and Phoebe Haas Charitable Trusts, at the direction of John C. Haas. Its mission is to support efforts that strengthen and enrich culture, community and the natural environment.