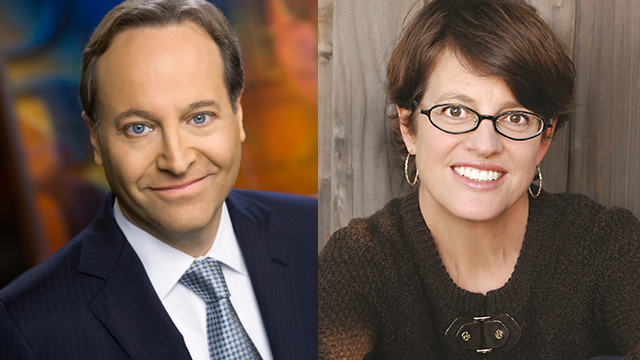 Jeffrey Brown is Chief Correspondent for Arts, Culture, and Society for PBS NewsHour.

In a career spanning more than twenty years at the NewsHour, Brown has served in a variety of roles, both on and off camera. As senior correspondent, he's conducted studio discussions and reported from the field on a wide array of domestic and international stories, and now regularly co-anchors the nightly news program. 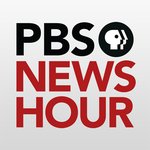 As arts correspondent, he's profiled and interviewed many of the world's leading writers, musicians and other artists. As senior producer for national affairs for more than a decade, he helped shape the program's coverage of a range of areas, including the economy, healthcare, social policy, culture and the arts. In addition, he is the creator and host of "Art Beat", the NewsHour's online arts and culture blog. His work as correspondent and producer has garnered an Emmy, five Cine Golden Eagle Awards, and other honors.

Brown is married to Paula Crawford, an artist and professor at George Mason University. They have two children.

Kelly Corrigan is the author Glitter and Glue, The Middle Placeand Lift, all New York Times bestsellers. Kelly is also the host of Medium's Foreword interview series and is a contributor to O: The Oprah Magazine, Good Housekeeping, and Medium.

In The Middle Place, Corrigan explored, with wrenching honesty, poignancy, and a dose of humor that sliver of time when parenthood and childhood overlap before a parent's illness hurls you into full-fledged adulthood and the realization of your parents' mortality as well as your own.

In her latest memoir, Glitter and Glue, Corrigan examines why we choose the people we admire and how that changes over time. She takes a look at the bond between mothers and daughters – sometimes nourishing, sometimes exasperating, occasionally divine, but always loving. Corrigan is also the author of Lift, a stirring, affirming story of a young family in crisis.

A cancer survivor herself, Corrigan is a longtime advocate for cancer awareness and supporting those dealing with the disease. A decade of nonprofit work has shaped her worldview and she continually tries to compensate for her good fortune by raising money for people who have not shared the luck she has had in life.

Corrigan is also the co-founded Notes & Words, an annual benefit concert for Children’s Hospital Oakland featuring writers and musicians onstage together. Her YouTube channel, which includes video essays like “Transcending” and interviews with writers like Michael Lewis and Anna Quindlen, has been viewed by millions. She lives in the Bay Area with her husband, Edward Lichty, their two daughters, and a poorly behaved chocolate Lab, Hershey. 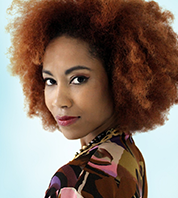 Kalyn Chapman James is the Host of art loft on WPBT Miami.  A native of Mobile, Alabama Chapman James is an accomplished dancer and choreographer, and studied tap, jazz, ballet, modern, and acrobatics, and hip-hop dance since the age of nine. Kalyn was the face and spokes model for the UPN network in Birmingham, Alabama, and served as a television journalist on The Fox Sports Network’s show Behind the Game. Kalyn is the first, and only, African-American woman to be crowned Miss Alabama (1993) where she placed as a top ten semi-finalist in the 1994 Miss America Pageant. She danced professionally for the Universal Dance Association, and Hollywood Studios (formerly Disney/MGM) in Orlando, Florida.

Kalyn has worked in the arts since moving to Miami in 2003. She worked as a teaching artist for Arts for Learning Miami where she instructed after school programs in some of Miami’s most underserved communities including Wynwood and Overtown and at Girl Power in Liberty City. Kalyn has taught dance classes at In Motion and DancExchange studios. She is the emcee of the annual Hip Hop for Health Competition, which encourages young students to live a healthy lifestyle through dance, nutrition and fitness.

She performed in the MTV Video Music Awards, the Latin Video Music Awards, the Latin Billboard Awards, and danced and choreographed for the Univision and Telemundo Television Networks in Miami. She has worked extensively as an events emcee, a print and television model appearing on the pages of Glamour, Ebony, Essence, Jet, and O Magazine and has been featured in national commercials for Crocs, Hershey’s Air Delights Chocolate Candy, Old Navy and Walt Disney World. She is currently Corporate Sponsorship Coordinator for the Adrienne Arsht Center, where she secures funding to support the Center’s education and outreach programs.